Church of the Living God

The Church of the Living God is located in the Southern Sydney suburb of Hurstville. The building accommodates a place of public worship and sanctuary as well as incorporating six residential apartments within the upper levels. The urban context in which the building is designed has directly informed the building’s scale.

The offering of a public building in a residential street is managed by intentions of simplicity in shape and form. The creation of a public scale building in this context injects a sense of internalised public space consistent with the tradition of church buildings in the Hurstville local government area.

The building is significant in terms of its public use and mass. It addresses Carrington Street, which is defined by multiresidential flat buildings set amongst well-established trees and vegetation. The street is suburban in nature, so conscious efforts have been made to subtly mitigate the notion of bulk. The thoughtful incorporation of horizontal elements designed into the building’s façade assist in making the building appear long rather than tall, deeming it more appropriate to its context. The facade is punctuated by a small number of large window openings that soften the buildings presence on the street.

The northern facade, defined by a series of concrete half-columns painted white, forms a colonnade along Carrington Street elevating it to an angelic, sculptural aesthetic befitting its use as a public sanctuary. The sculptural forms provide enhanced amenity for both the Church parishioners as well as the occupants of the apartments.

The main space within the Church is the clerestory, and it is magical. It is a large yet comfortable space whereby parishioners can gather and a sense of community is nurtured. Inside, the space feels warm and safe as the play of light and shadow elevates the experience. The lightwell radiates an angelic, mystical glow upon the space and congregation below. Its sculptural presence draws the eye upwards to the heavenly light. Fresh, cool breezes ventilate the public space through ground floor louvres.

Like the north, the east and west facades incorporate highly articulated materiality and careful manipulation of form. The southern façade incorporates an open landscaped courtyard which allows light into the centre of the building.

The entire composition is designed to present as one entity which is a singular public building. Materials such as roughly finished off-form concrete, natural timbers, aluminium framed windows, white glass and sandstone-coloured masonry have been utilised to reflect the colours of the surrounding vegetation and built forms. These materials are considered appropriate for the local climate, hard wearing and require minimal maintenance. 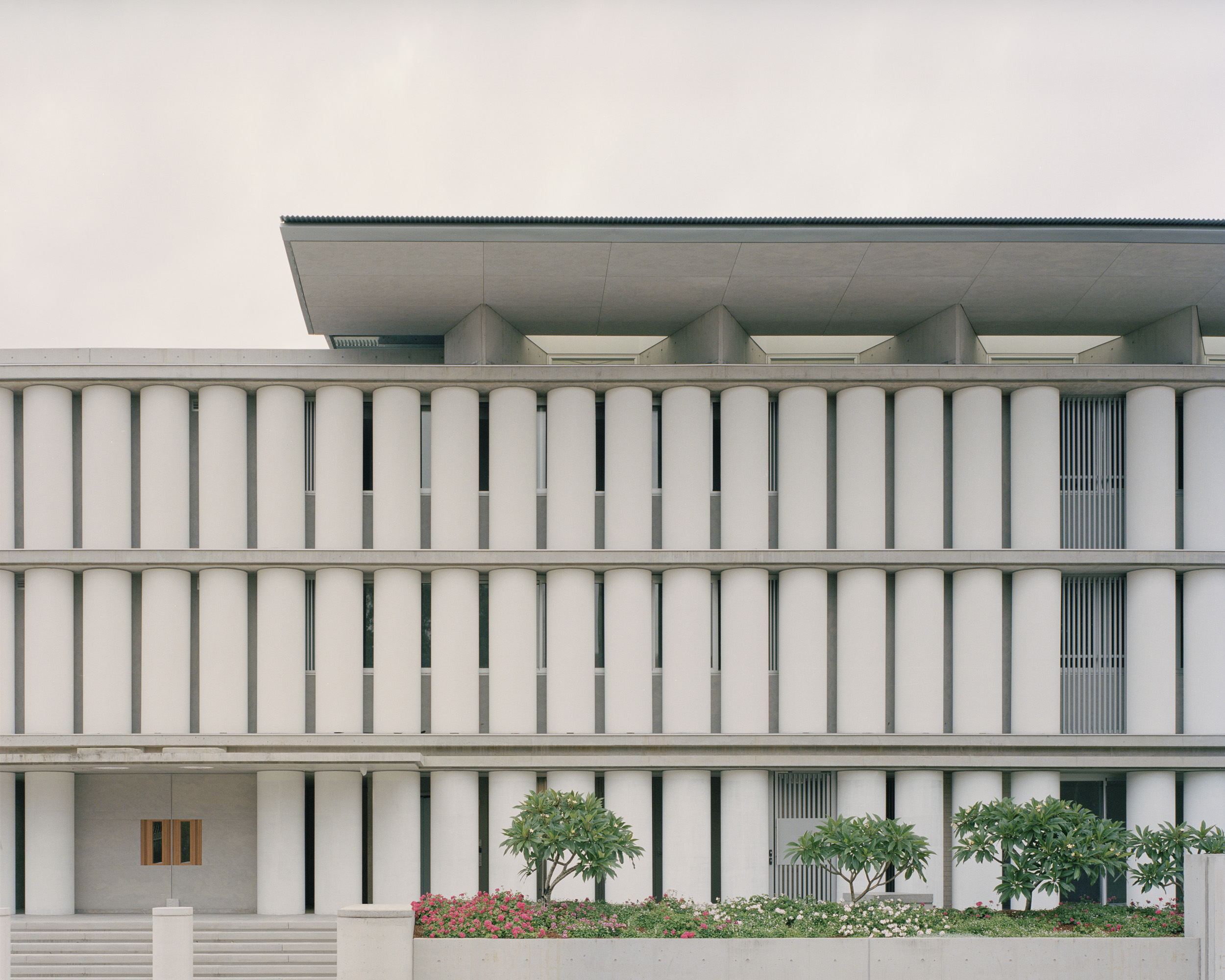 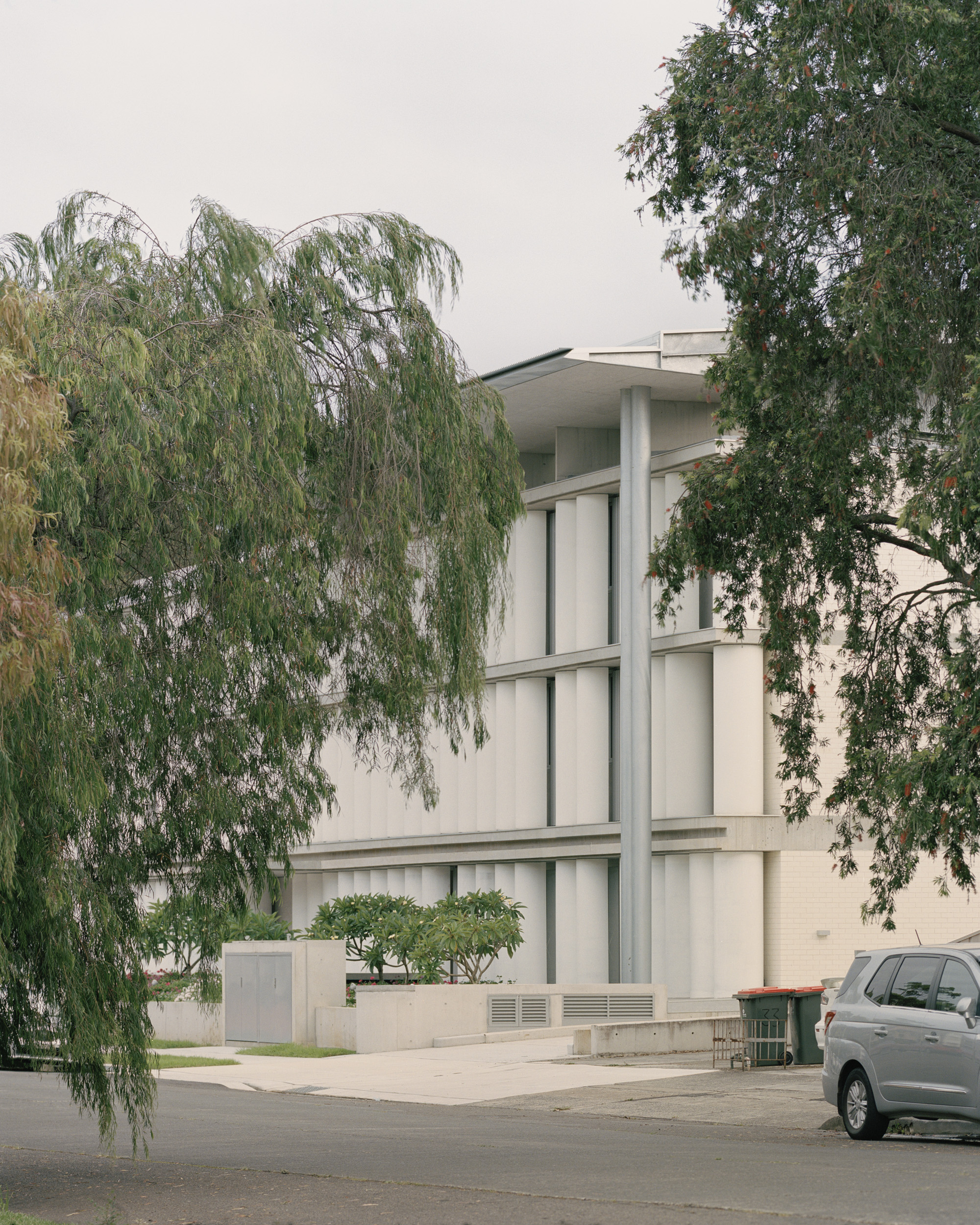 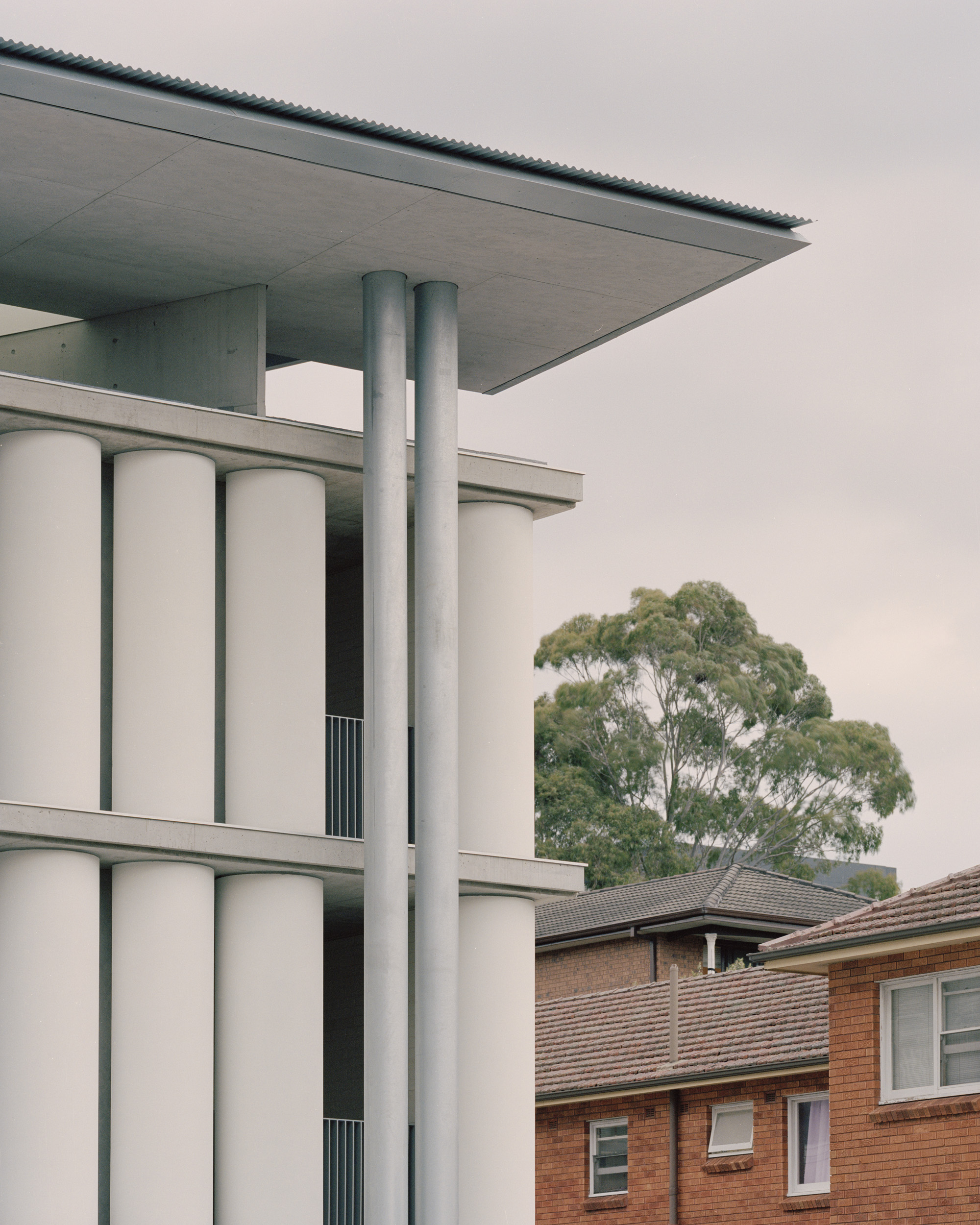 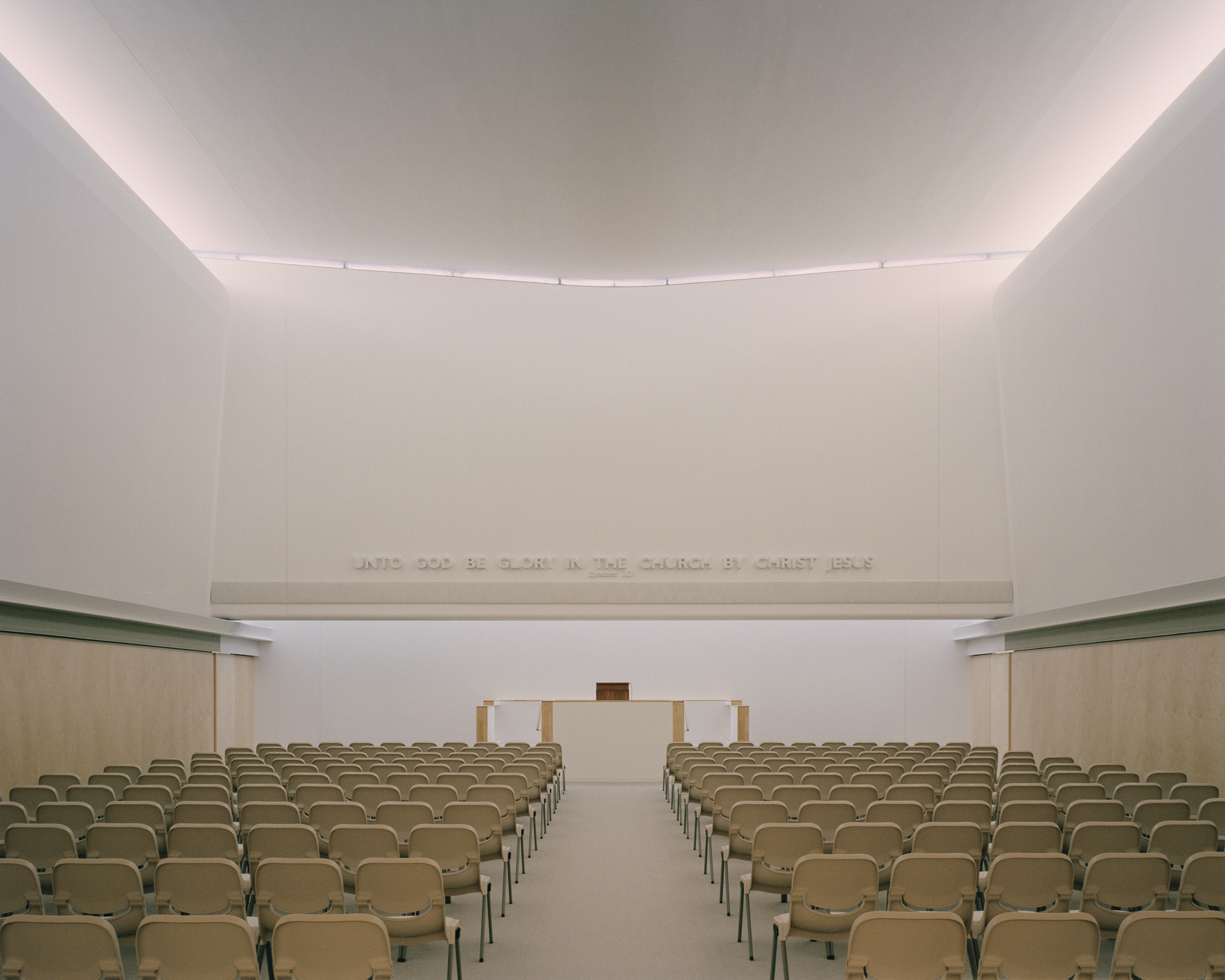 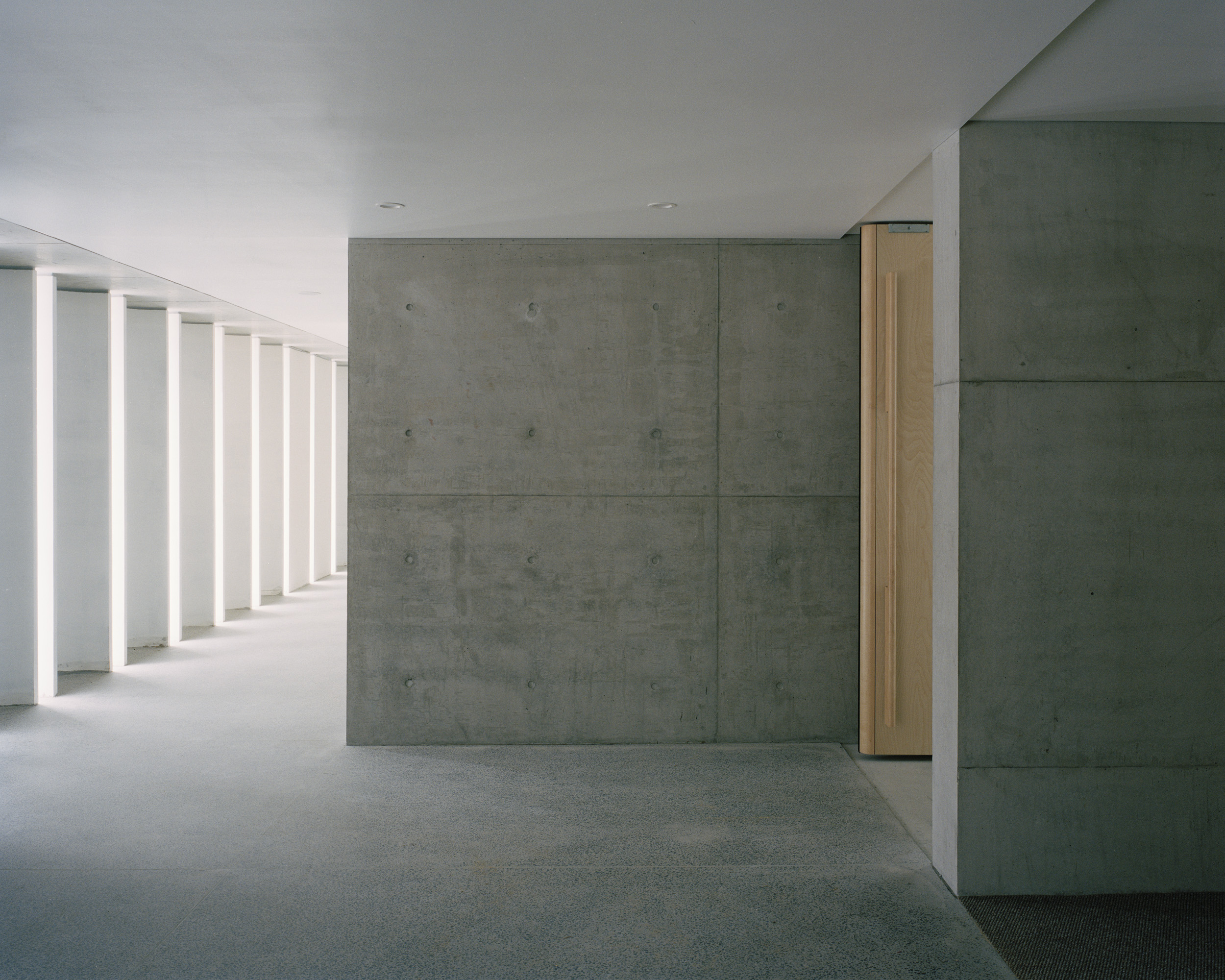 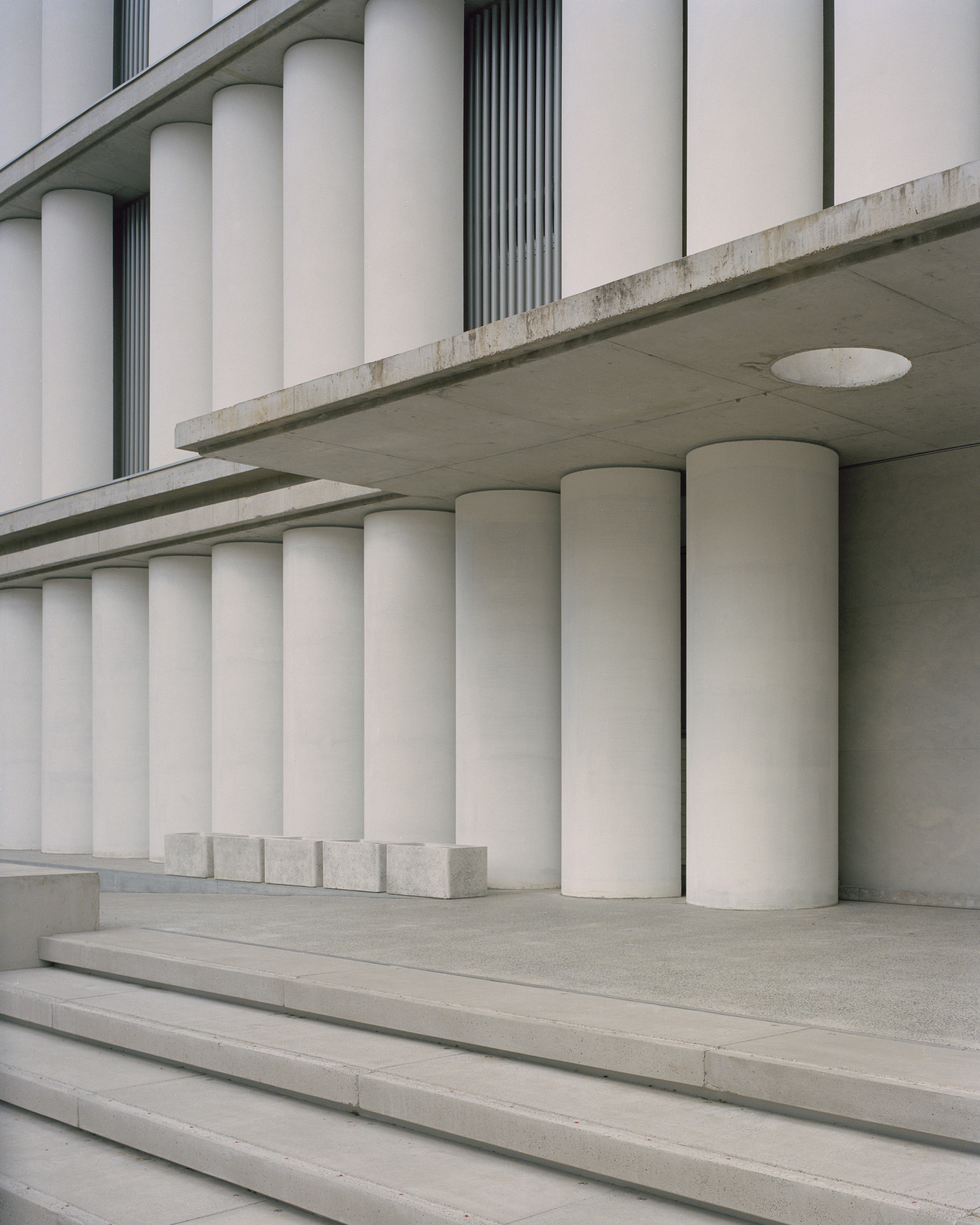 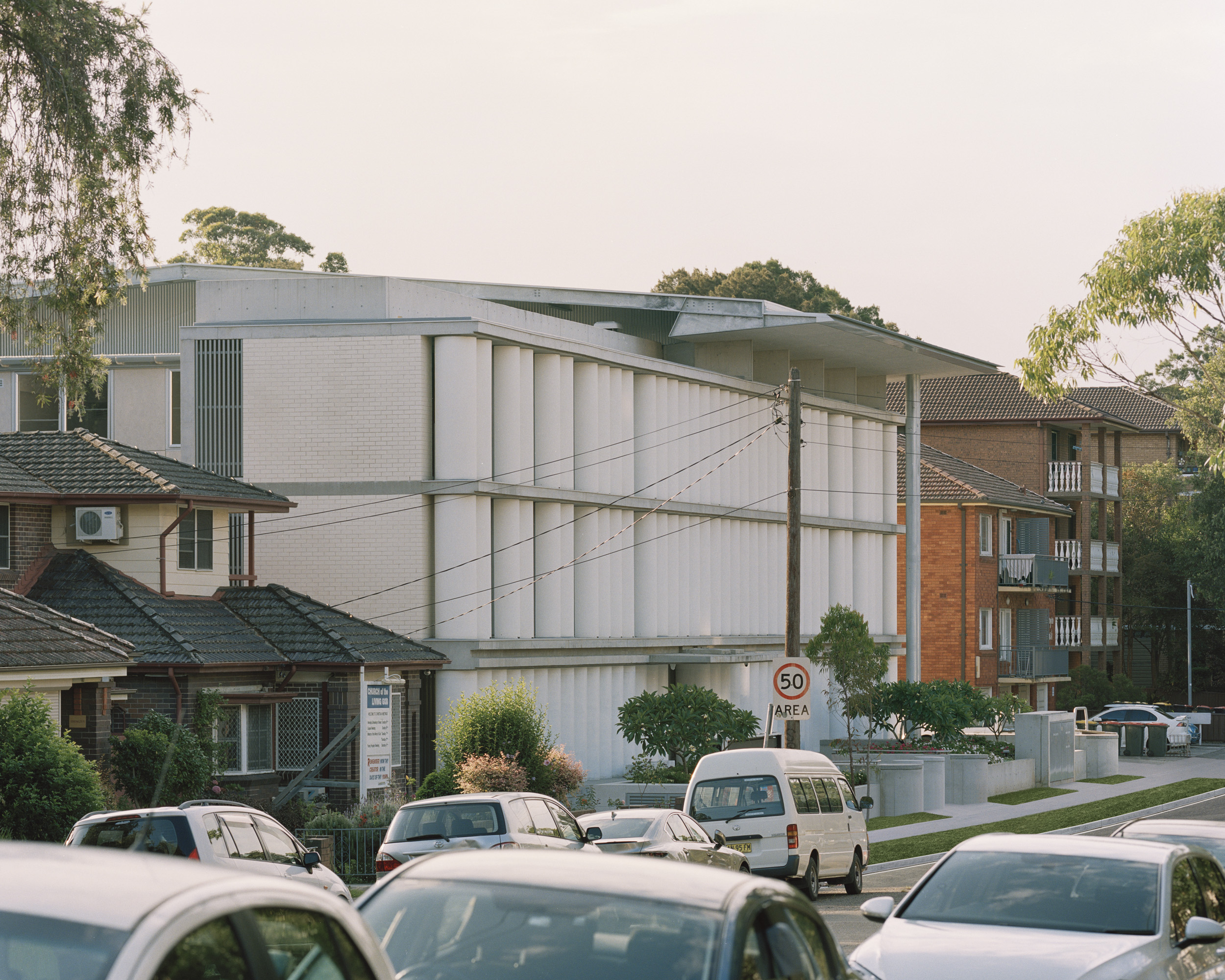